French President Emmanuel Macron was slapped in the face by a man on Tuesday during a visit to a small town in southeastern France, an incident that prompted a wide show of support for French politicians from all sides.

The French president was greeting the public waiting for him behind barriers in the town of Tain-l’Hermitage after he visited a high school that is training students to work in hotels and restaurants.

A video shows a man slapping Macron in the face and his bodyguards pushing the man away as the French leader is quickly rushed from the scene.

A bodyguard, who was standing right behind Macron, raised a hand in defence of the president, but was a fraction of a second too late to stop the slap. The bodyguard then put his arm around the president to protect him.

Macron just managed to turn his face away as the attacker’s right hand connected, making it seem that he struck more of a glancing blow than a direct slap.

The man, who was wearing a mask, appears to have cried out “Montjoie! Saint Denis!”, a centuries-old royalist war cry, before finishing with “A bas la Macronie”, or “Down with Macron”.

In 2018, the royalist call was cried out by someone who threw a cream pie at far-left lawmaker Éric Coquerel. At the time, the extreme-right, monarchist group Action Française took responsibility for that action. Coquerel on Tuesday expressed his solidarity with Macron.

In an interview with the Dauphiné Libéré newspaper later Tuesday, Macron played down the incident, which had made nationwide headlines, calling it an isolated incident perpetrated by an “ultra-violent” individual.

“I am doing fine. We must put this incident, which I think is an isolated event, into perspective,” he said, and added: “Let’s not let isolated events, ultra-violent individuals… take hold of the public debate: they do not merit it.”

Speaking at the National Assembly, Prime Minister Jean Castex was more forceful in his reaction. “Through the head of state, that’s democracy that has been targeted,” he said in comments that prompted loud applaud from lawmakers from all ranks, who stood up in a show of support.

“Democracy is about debate, dialogue, confrontation of ideas, expression of legitimate disagreements, of course, but in no case it can be violence, verbal assault and even less physical assault,” Castex said.

Visibly fuming, she said later that while Macron is her top political adversary, the assault was “deeply, deeply reprehensible”.

Former President François Hollande of the Socialist Party tweeted that the assault is a “unbearable and intolerable blow against our institutions … The entire nation must show solidarity with the head of state”.

Less than one year before France’s next presidential election and as the country is gradually reopening its pandemic-hit economy, Macron, a centrist, last week started a political “tour de France”, seeking to visit French regions in the coming months to “feel the pulse of the country”.

Macron has said in an interview he wanted to engage with people in a mass consultation with the French public aimed at “turning the page” of the pandemic – and preparing his possible campaign for a second term.

Village mayors and lawmakers have been among those targeted by physical assaults, death threats and harassment.

But France’s well-protected head of state has been spared until now, which compounded the shockwaves that rippled through French politics in the wake of the attack.

Macron, like his predecessors, enjoys spending time in meet-and-greets with members of the public. Called “crowd baths” in French, they have long been a staple of French politics and only very rarely produce shows of disrespect for the head of state.

A bystander yanked then-President Nicolas Sarkozy’s suit during a “crowd bath” in 2011 and his successor, Hollande, was showered with flour the next year, months before winning the presidential election. 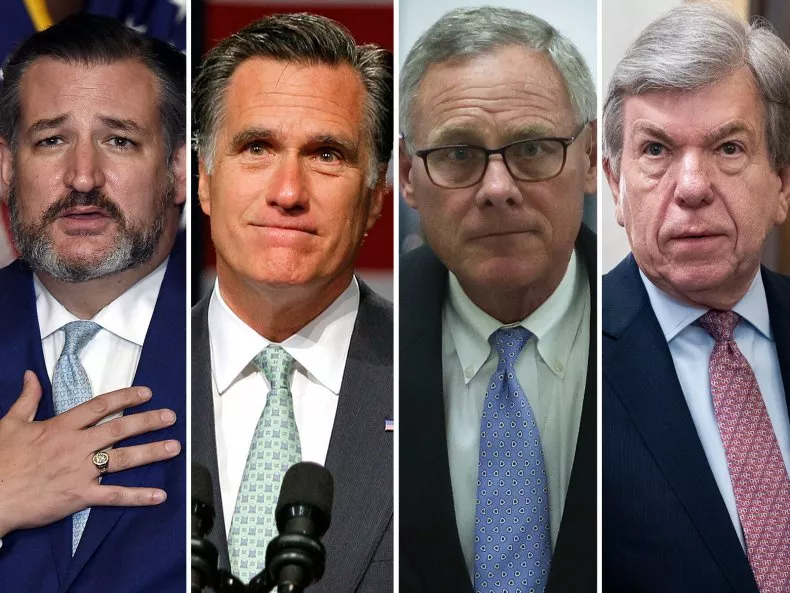 BY EWAN PALMER  (Culled from the Newsweek)

The political influence of the National Rifle Association (NRA) is once again in the spotlight in the wake of the mass shooting at the elementary school in Uvalde, Texas.

The shooting reignited the debate regarding gun control laws in the U.S. after a gunman killed 19 children and two adults at the Robb Elementary School on Tuesday.

While several Republicans tweeted after the shooting that they are offering their thoughts and prayers to the victims, others have pointed out that there are a number of GOP senators who have received millions of dollars of donations from the NRA over the years.

According to data compiled by the Brady Campaign to Prevent Gun Violence in 2019, about two dozen sitting Republican senators have received contributions from the NRA. Of those senators, 16 have received more than $1 million.

Topping the list is Utah Senator Mitt Romney, who received more than $13 million in NRA contributions. The NRA money donated to Romney, the 2012 Republican presidential nominee, was raised by a number of social media users after Romney tweeted his condolences in the wake of the Uvalde mass shooting.

Some of Texas’ highest-ranking Republicans will take part in a massive National Rifle Association convention being held in Houston this weekend. Their participation, and long ties to the gun lobby, is seen by some voters as obscene after the school shooting in Uvalde on Tuesday that killed 21 people including 19 children.

“Grief overwhelms the soul. Children slaughtered. Lives extinguished. Parents’ hearts wrenched. Incomprehensible,” Romney wrote. “I offer prayer and condolence but know that it is grossly inadequate. We must find answers.”

Jemele Hill, a contributing writer for The Atlantic, tweeted in response to Romney: “Grief does not overwhelm the soul nearly as much as $13M from the NRA overwhelms your bank account. The answer you seek is the money you continue to take.”

Broadcaster Soledad O’Brien added: “The NRA gave you just under 14 million dollars, sir. I frequently call this man a coward. Maybe one day the words he says and what he actually does, will match.”

Senators Richard Burr and Roy Blunt followed Romney on the list of GOP lawmakers who received the highest amount of NRA contributions, with North Carolina’s Burr receiving close to $7 million and Blunt of Missouri taking in over $4.5 million from the NRA.

Other Republicans who received significant money from the NRA include Senate Minority leader Mitch McConnell and Josh Hawley of Missouri.

Ted Cruz, who is due to appear at an NRA meeting in Houston over the weekend, just days after the mass shooting in Uvalde, has received more than $175,000 from the group.

In the wake of the Uvalde massacre, Cruz has frequently pushed back on calls for gun law reforms in the only country in the world where school shootings regularly occur.

Republican Senators Who Receive Funding From the NRA 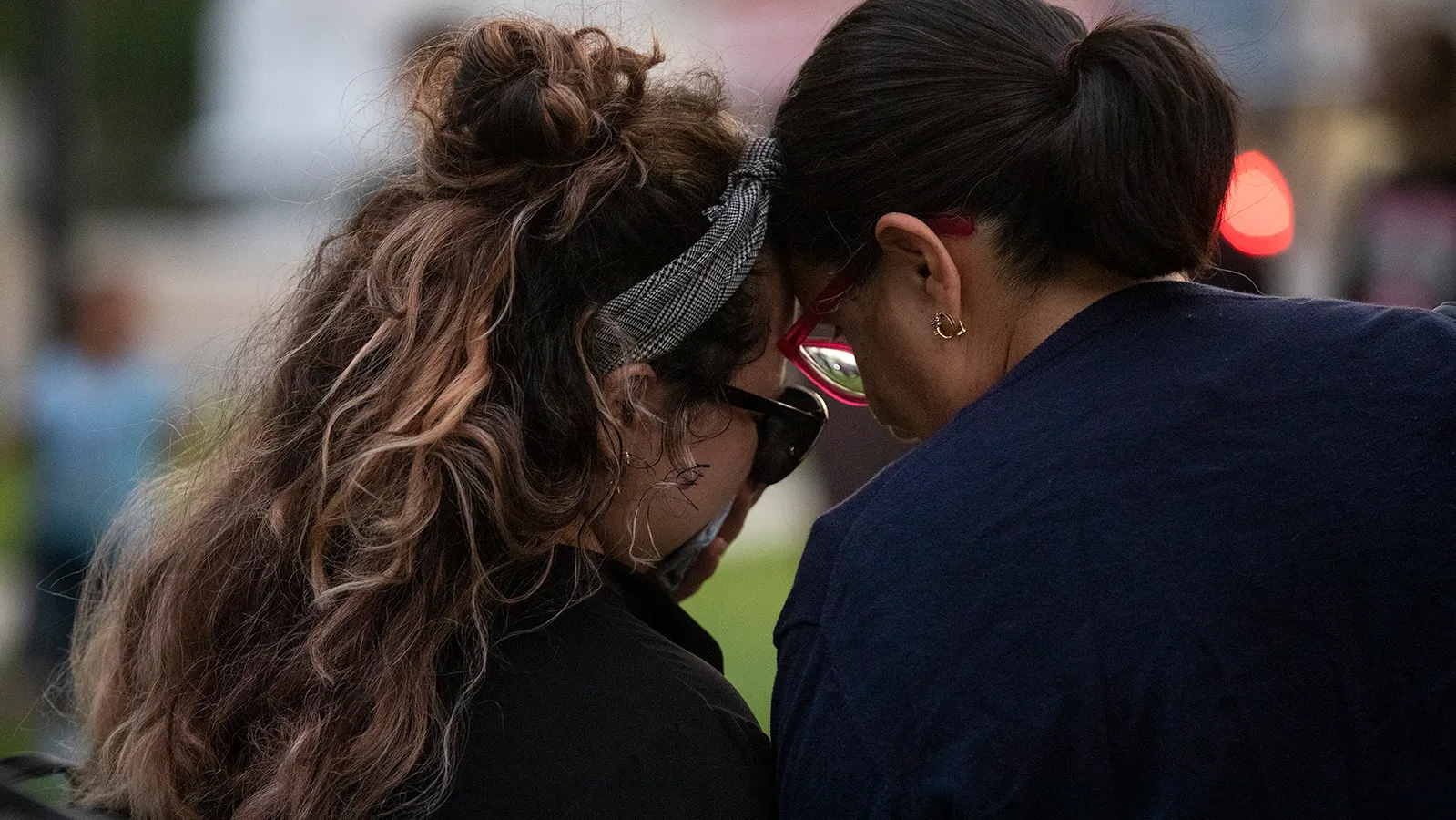 A makeshift memorial for the students, families and staff of Robb Elementary School has formed outside the campus after the shooting.

The last week of classes at Robb Elementary School ended in terror when a gunman opened fire, killing 21 people on Tuesday. Instead of making summer plans, the families of these 19 school children and two teachers at Robb Elementary in Uvalde are making funeral plans. Their young, innocent lives were ended by an 18-year-old gunman with just two days left in the school year during what is now the deadliest elementary school shooting since Sandy Hook. All of the victims were in the same fourth-grade classroom. Before they were victims, they were children, brothers, sisters, and elementary school students.

Rosa Gonzalez, who visited the campus Wednesday, said she wanted to show support for her community and her friends who lost their children.

“You’re all doing nothing,” O’Rourke said to Texas officials who were giving updates on the mass shooting at an Uvalde elementary school.

One of them repeatedly shouted back, “Sir, you are out of line!”

An 18-year-old ran into Robb Elementary School in the small west Texas town on Tuesday, killing 19 children and two teachers with an AR-15 rifle. Seventeen more were injured, Abbott said earlier at the press conference. The man, who was killed by responding officers, had shot his grandmother in the face before driving over to the school. He posted his intentions to Facebook shortly before the rampage, Abbott said.

As Abbott finished his remarks and introduced Patrick, O’Rourke approached the stage to interrupt. His initial remarks were drowned out by crosstalk from different attendees ― some cheering him and many others jeering.

O’Rourke made a clear comment directed at Abbott while law enforcement moved to escort him out.

“This is on you,” O’Rourke said. “Until you choose to do something different, this will continue to happen. Somebody needs to stand up for the children of this state or they will continue to be killed just like they were killed in Uvalde yesterday.”

A man standing near O’Rourke interjected: “This is propaganda, bro. Get out of here. You’re trash, man.”

As O’Rourke exited, some of his supporters chanted, “Let him speak!” One person asked, “How about the First Amendment?”

The Republican elected officials at the dais criticized O’Rourke with varying degrees of subtlety once he was out of the room.

“There will be plenty of time to discuss and analyze what happened yesterday,” Patrick said.

Texas House Speaker Dade Phelan (R) concurred. “Mayor, I’m sorry you had to witness that outburst,” Phelan said to Uvalde Mayor Don McLaughlin. “Now is not the time to politicize pain and suffering.”

In his initial remarks, Abbott had acknowledged that “people are rightfully angry about what’s happened,” but did not offer gun policy solutions. “Now more than ever,” Abbot said, what the Uvalde community needs “is our love.”

“What they need is uplifting from all of our fellow Texans and all of our fellow Americans,” the governor said. “And let me emphasize something that I know you all know, but the reality is as horrible as what happened, it could’ve been worse. The reason it was not worse is because law enforcement officials did what they do.”

Abbott called for better mental health care in the west Texas region. But when asked by a reporter whether he would reconsider accepting federal funds to expand Medicaid to that end, he said no.

Patrick similarly suggested there was little policy action that could be taken, saying, “Evil will always walk among us.”

“In times like this, I’ve seen it … in these other shootings, Sutherland Springs, El Paso, Odessa, Santa Fe, it’s God that brings a community together,” he added, referencing previous mass shootings in the state. “It’s God that heals a community.”

“There are, quote, real gun laws in Chicago,” Abbott said, then claimed such measures do not work. “Hate to say this, but there are more people who were shot every weekend in Chicago than there are in schools in Texas.”

Chicago has strict gun control laws, but nearby states like Indiana do not, which allows people to easily access weapons.

Outside the venue, O’Rourke continued his call for stronger gun control measures and better access to mental health care.

Culled from the HUFFPOST