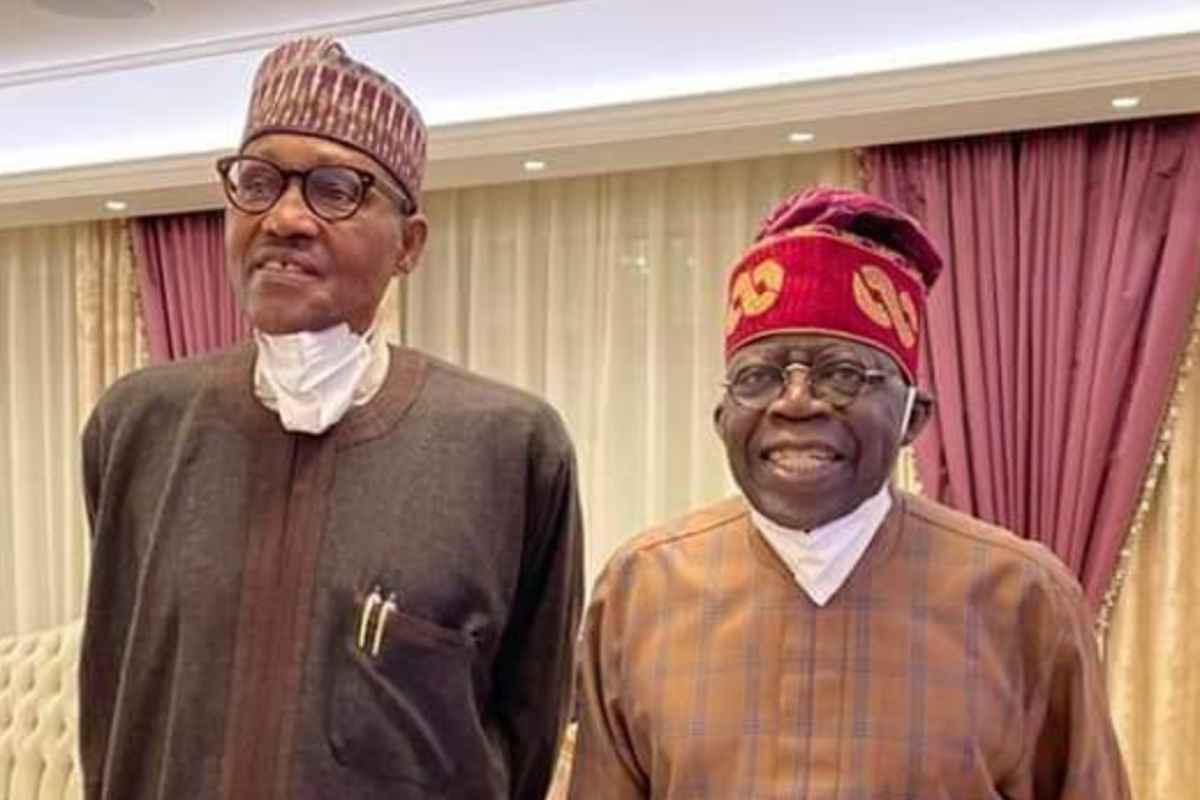 A week after the Director-General, Tinubu Support Groups and former House of Representatives member, Abdulmumin Jibrin, disclosed that former Lagos State governor and National Leader of the All Progressives Congress (APC), Asiwaju Bola Tinubu, will be contesting in the 2023 Presidential election, The Guardian gathered last night that he had informed President Muhammadu Buhari of his aspiration, to which the President reportedly asked him to go ahead.

This is coming as governors of the ruling party gathered last night for a crucial meeting over the proposed February national convention of the party.

Also informed of Tinubu’s aspiration is the Vice President, Prof. Yemi Osinbajo. The duo was the cynosure of eyes as they met on Saturday in Azare, Bauchi State for the Minister of Education, Alhaji Adamu Adamu’s daughter’s wedding.

Osinbajo served as Commissioner for Justice and Attorney-General in Tinubu’s eight years administration as Lagos governor.

The duo also met on October 29 last year when the Vice President visited the APC leader in his Asokoro residence to empathise with him on his return from the United Kingdom after undergoing knee surgery.

Highly-placed sources said Asiwaju had used the occasion of the Vice President’s visit last October to intimate him of his ambition.

While it is not clear what Osinbajo’s response was, sources in the know have severally quoted the VP as saying he would not contest against Tinubu, his former boss, adding that Asiwaju remains his benefactor.

But other sources, however, noted that Osinbajo has always insisted that the APC leader has never told him he wanted to contest the 2023 election. This is in reference to the rumoured presidential ambition of the VP.

When contacted as to whether Tinubu and Osinbajo had spoken about the former’s ambition, Mr. Tunde Rahman, Media Adviser to the former Lagos governor refused to volunteer any comment. He said he would reach out to our correspondent shortly, but he was yet to do so as at the time of filing this report.

Reacting to the development, Mr. Laolu Akande, the Special Adviser to the Vice President, said he was not aware of such discussions.

“I don’t think you should support the flying of such dubious kites. But to answer your question, no. I am not aware of any such discussions to even begin with.”

MEANWHILE, a group, the United Nigeria Ambassadors (UNA) has explained why the Southeast geopolitical zone will support the emergence of Osinbajo as the country’s next president.

Timothy Nwachukwu, the National Coordinator of the UNA, noted that Nigerians across the six geopolitical zones have been calling on Osinbajo to run for the presidency.

Nwachukwu said if Osinbajo accepted the calls, he would get the support of the Southeast so that he could consolidate on the already existing projects, which the present administration had massively embarked on in the zone.

Also, the member representing Ughelli North/Ughelli South/Udu Federal Constituency in the House of Representatives, Revd Francis Waive, has called on Osinbajo to contest the 2023 Presidential election. Waive in a statement, insisted that nobody from the Peoples Democratic Party (PDP) could match the candidacy of Osinbajo, adding, “the Vice President will win the 2023 elections with ease from the APC.”

This is coming two days after the campaign posters of the Vice President surfaced along major streets and towns in Ekiti State, despite repeated denials by Osinbajo that he is committed to helping the administration of President Buhari achieve his campaign promises to Nigeria.

The campaign posters at one of the strategic locations in Ikere-Ekiti, headquarters of Ikere local council have the picture of the Vice President but without any political party logo. The posters were also conspicuously displayed in major areas in Ado-Ekiti, the state capital.

HOWEVER, former governor of Ogun State, Otunba Gbenga Daniel, has urged leaders and traditional rulers in the Southwest to consult, consider and streamline those eyeing the coveted seat of the nation’s president in the region, ahead of the 2023 general elections.

Culled from the Guardian News, Nigeria

Life itself is futile in several respects, but made plausible by the rectitude exercised by veritable men, such as you were among us. Today, we recount your attributes with gleeful hearts; yet, with sincere pain in our hearts we thank God profusely because a conqueror is reckoned amongst us, one that overcame the oddities of this life and triumphed over its inordinate allurements to the realm above.

Lieutenant General Ibrahim Attahiru, a friend, but a brother, my wife and I went through enormous grief when we received the news of your sudden departure, especially after we learnt the circumstance that orchestrated your painful exit. The light of joy we had always experienced in our relationship with you was extinguished, just like a candle in the wind; and we went into pensive mood, recalling with nostalgia the times we spent together, and the unforgettable moments of communal fraternity.

We would not forget your resourcefulness and resilience, and your unalloyed pursuit for peace, mutual respectability, love, and enduring tenderness towards the people. We were witnesses to your profound humility, eschewing bitterness in circumstances that mean men would vent their anger, given their place and status such as you occupied variously in your lifetime. For this, we revere you.

You adorned your dispositions with utmost gentleness, such that people who knew you too well were encouraged that in our time, one still lived that was as harmless as a dove. You were indeed meek beyond measure, and such is one of the salient identities of astutely disciplined minds. Your quiet mien, reconciliatory approach to vexed issues, diligence, sensitivity to the wellbeing of others, disinterestedness in earthly acclaim, and continual quest for oneness and unity of purpose are some of the salient attributes you possessed, for which you were known, and for which you would always be remembered. You wore integrity as a garment, kindness radiated from your heart like the rising early morning sun. For these and many more, we thank God immensely for granting among us, such a rare gem as you were. You would be remembered always, especially within the military circle of the Nigerian army, but more so amongst people who knew you too well.

Lieutenant General Ibrahim Attahiru, you were called to duty as Chief of Army Staff. You nursed in your heart the necessity to reposition the Nigerian Army. You had the revered purpose of entrenching professionalism in the Nigerian army. You were poised to foster integrity as a culture within the ranks and file. Again, it was utmost in your agenda to scuttle insurgency and create again a peaceful Nigerian State where everyone would be safe. You yearned for a detribalised Nigerian nation where everyone is welcome everywhere, and accommodated warmly, irrespective of tribe, ethnicity, or any other untoward inclination.

In some of our conversations, you were worried about the future of the Nigerian child, and the economic imbalances that have grossly derailed the wholesomeness of the family unit. You looked up to a time when the womenfolk would be suitably empowered in diverse ways to function appropriately in their God-given role as home makers and builders in no little dimensions, and by extension, help in remodelling the Nigerian society. Furthermore, you craved for such a time when we would have a beautiful Nigeria to which Nigerians in diaspora would return, as their motherland and be glad that they have a country they could call home.

You were charitable in several respects; and those who came to you went away rejoicing often times. You did not know how to send them away empty-handed. It was not in your character. People who knew you with this attribute will always adore you still.

You detested nepotism, sectionalism of all sorts, and you decried religious intolerance. It was your unalloyed wish that Nigerians should love and care for one another in oneness of heart and spirit.

Beloved, we are pained in our hearts still; and probably, this wound would be hard to heal. However, what can one say or now, especially when all ill is done. The ill-fated plane crash of May 21, 2021 took all our calm away. Now we are distraught, and only God can heal the wound in our hearts.

We pray God to grant my beloved one! Continues Rest in perfect peace. 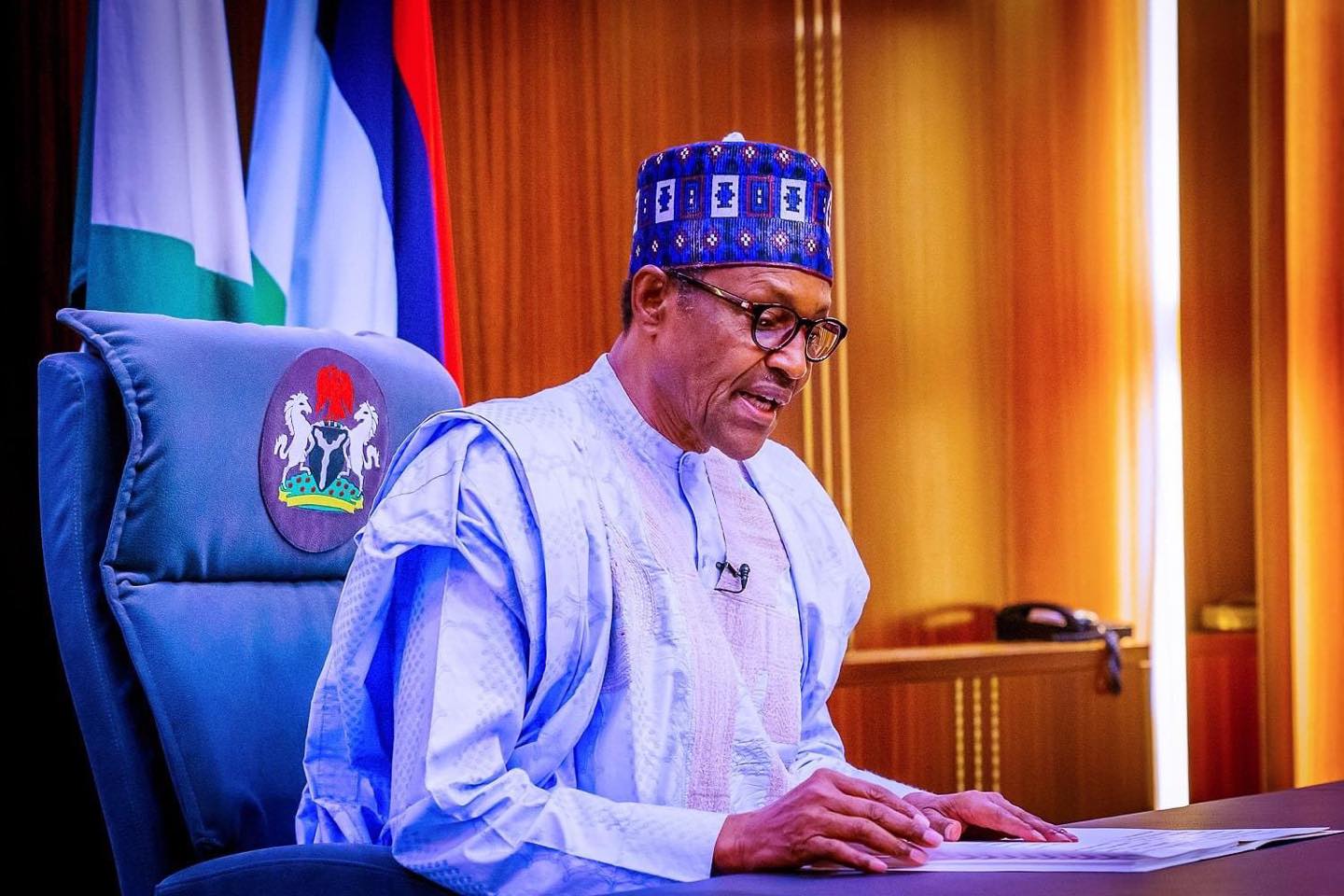 Nigerians familiar with thee political trends surrounding an upcoming general elections are excited as the president, Muhammadu Buhari signed a much awaited  amendment to the electoral act. This mark of approval is coming just as the party conventions are less than two weeks away.

The amended electoral act which has been a bone of contention for a while now as the House of Representatives, Senate and other politicians has been urging the president to sign it in order to avert crisis was signed noon day today, the 21st of May.

The amendment was swiftly done to legally provide a place in the law for statutory delegates of political parties to vote during their congresses and conventions will indeed do a lot of good for the upcoming general elections.