Deshaun Watson has maintained his innocence after 22 different women coming forward with sexual assault allegations, but the Houston Texans star has now admitted that his relationship with some of the massage therapists was not exactly professional.

Watson’s legal team held a press conference on Friday afternoon in which they enthusiastically defended the quarterback’s character. Rusty Hardin, Watson’s lead defense attorney, said there were times when Watson had “consensual encounters” with some of the alleged victims.

Some have questioned why Watson needed so many different massage therapists, and Hardin also addressed that. He attributed it to spas being shut down during the pandemic and Watson searching for therapists via direct messages because “millennials live on Instagram.”

The identities of at least a dozen women who have alleged sexual assault will soon be revealed. Nine of the reported victims have volunteered to publicly reveal their identities, and several others will have to due to a court ruling on Friday.

One of the reported victims, Ashley Solis, delivered a powerful statement this week in which she spoke about how Watson’s alleged misconduct has negatively affected her career and life. You can see that video here.

Watson’s defense is that he had consensual sexual encounters with some massage therapists and that all of the 22 women are lying in some form. Hardin previously claimed that Watson was the victim of a blackmail attempt in at least one of the case.

Latest posts by Texas Guardian News (see all)
Related Topics:Trending
Up Next 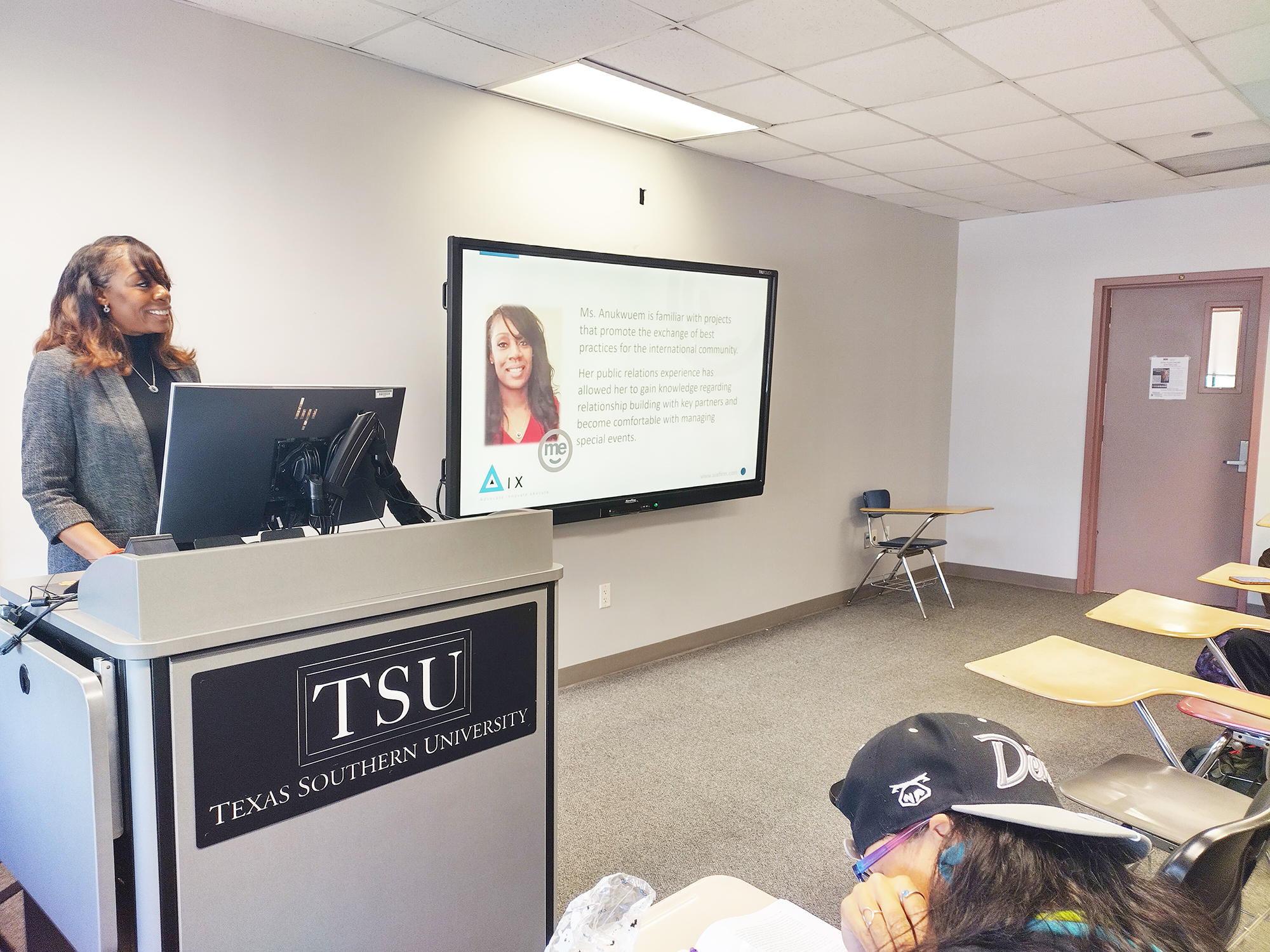 “Graduating students must be prepared to reconcile or strike a balance between their values and the culture of the organizations they aspire to. Some corporate cultures require a certain look or presentation to suit specific expectations.”

These are one of the few takeaways when the founder and the Chief Executive Officer of the Houston-based  AIX Firm, LLC., Linda Anukwuem visited the  School of Communication (SOC) of Texas Southern University (TSU) on October 31, 2022.

Ms.  Anukwuem addressed the Media Marketing and Management class of Radio, Television, and Films (RTF) students on career choices and prospects, sharing relevant workforce preparation tips. “It has always been my intention to share this information with students to enable them to get prepared for the ever-challenging corporate arena,” said Ms.  Anukwuem, who is also an Executive Consultant with Quanten Consortium Angola, LLC.,  a global oil and gas exploration firm.

Before joining Quanten Consortium Angola, LLC., Ms. Anukwuem served as the Chair for the City of Houston’s Mayor’s International Trade & Development Council for Africa (MITDC-Africa) under Mayor Annise Parker as well as chaired the Arts, Culture and Community Relations Committee.

In the lecture-themed “Processional Prospects”, Ms. Anukwuem addressed the Importance of networking and how good interaction could invoke viable spaces that can create a successful path to success.  Ms. Anukwuem also discussed the distractive challenges of the career journey. “Every failure became a lesson learned to prepare for the next opportunity,” she advised.

The class professor, Dr. Anthony Ogbo described the lecture as “a perfect fit” for students who are eager to learn about better career prospects. “Sharing real-world workforce realities is a major part of our course objectives and teaching standards, and this event dovetails that purpose,”   Dr. Ogbo said.

Linda attended the University of Houston, earning a Bachelor of Science degree in Sociology. In her professional career, she worked as an accountant with Bracewell & Guiliani, LLP, and United Airlines. Because of her hard work and professional acumen, she was featured in the eighth edition of Who’s Who in Black Houston.

TSU’s  School of Communication, originally established in 1975 and consisting of Journalism, Telecommunications, Speech, Theatre, and Communicative Disorders, was reduced to a single department in 1979 in response to university-wide management efficiency and cost containment concerns.

TSU’s Radio, Television, and Film program prepare students for the production and critical studies of radio, television, film, and new media, offering them a balanced curriculum that provides integrated study and training in the art and business of electronic media.

For a tour of the School of Communication facilities, contact Kevin Adams (kevin.adams@tsu.edu), Assistant Dean for Student Services 713-313-7408 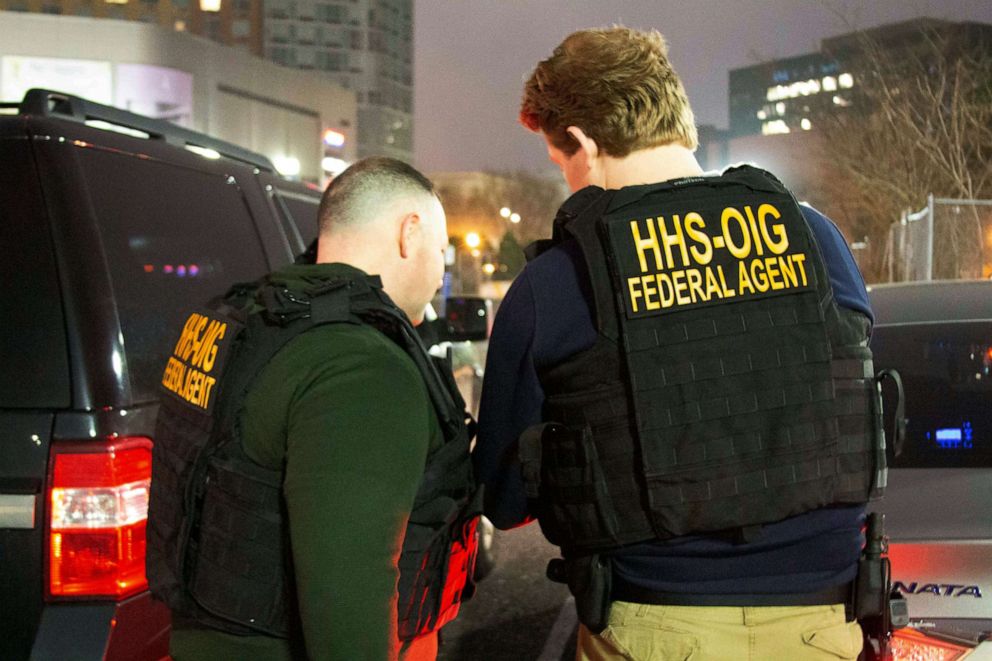 HOUSTON, TX — Two individuals have been ordered to federal prison following their convictions of conspiracy to commit and committing health care fraud, announced U.S. Attorney Jennifer B. Lowery.A federal jury convicted Francis Ekene, 71, Sugar Land, on all counts following a three-day trial.Today, U.S. District Judge Sim Lake imposed a 120-month-term of imprisonment to be immediately followed by three years of supervised release. In handing down the prison term, Judge Lake noted that despite his health issues, it was important for him to serve his punishment.Also convicted at trial was Alfred Olotin Alatan, 63, formerly of Houston and now residing in Fulshear. He was previously sentenced to 120 months in prison.Alatan was the owner of Colony Home Health Services, while Ekene was the owner of Milten Medical Clinic, both businesses located in Houston.At trial, the jury heard that Alatan paid recruiters to bring patient information to be billed for home health services regardless of whether they needed it or not. Beneficiaries testified in trial and admitted they did not need home health services at the time the health care service providers billed them.Additional testimony revealed a doctor had signed off on plan of care forms at the Milton Clinic when patients were not actually under his care.Previous employees Susana Bermudez and Rita Kpotie Smith also testified. Bermudez admitted she and Smith operated both clinics and that Alatan was the leader of the scheme. Both Alatan and Ekene would consult Bermudez and Smith who directed them and provided assistance in carrying out the scheme within both offices.At trial, the defense attempted to convince the jury they were not involved in the daily operations and did not know the provided services were unnecessary and fraudulent.Alatan and Ekene were permitted to remain on bond and voluntarily surrender to a U.S. Bureau of Prisons facility to be determined in the near future.Bermudez and Smith, both 55, and of Houston, previously pleaded guilty to their roles as co-conspirators in the scheme. Bermudez is currently serving 30 months in federal prison, while Smith is serving is serving a 60-month sentence.The Department of Health and Human Services – Office of Inspector General conducted the investigation with the assistance of the FBI. Assistant U.S. Attorneys Tina Ansari and Grace Murphy prosecuted the case along with paralegal Judith Cardona assisted with the case. 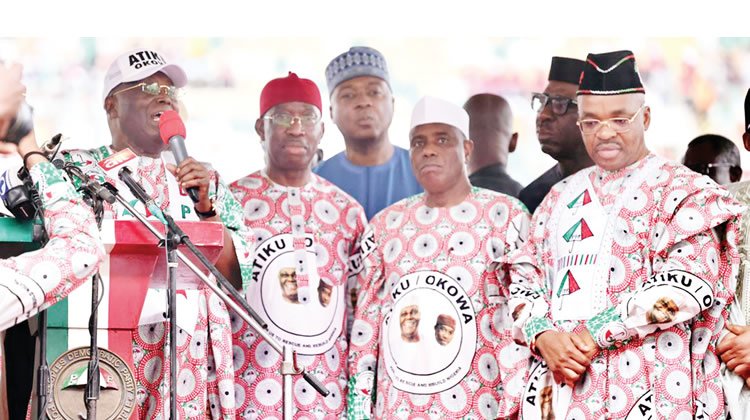 Facilitated by the Diasporans for PDP, the summit would also provide a fertile ground for the organisers to strategize on moving the party forward ahead of 2023.

Ahead of the 2023 general elections, Presidential candidate of the Peoples Democratic Party, Atiku Abubakar, his running mate, Ifeanyi Okowa, and a host of party leaders would on October 29, 2022, grace the Diaspora Summit in Houston, Texas, United States of America.

The event would enable the candidates to speak to the diaspora community about their plans for the nation as well as strategies for winning the elections.

Hon. Pamugo: “The theme of this summit is ‘Getting It Right Now’ and by this, we want to send a strong message to our beloved Nigerians that the PDP will get it right this time.”

Facilitated by the Diasporans for PDP, the summit would also provide a fertile ground for the organisers to strategize on moving the party forward ahead of 2023.

Speaking exclusively to media, Hon. (Mrs) Victoria Pamugo, a former PDP Chairperson Houston Texas Branch and Founder/National Chairperson, of the group, said party members from various parts of the world would participate in the summit, which she said, is primarily focused on getting the party heads to the election as a united body with the sole desire of rescuing Nigerians from the clutches of “the incompetent All Progressives Congress.”

Hon. Pamugo, who is also member, PDP 2021 National Convention Council, Electoral Subcommittee said: “The theme of this summit is ‘Getting It Right Now’ and by this, we want to send a strong message to our beloved Nigerians that the PDP will get it right this time. A PDP-led government will reposition this nation and make us part of the productive global economy.

This event is completely free but requires registration.  To register, please visit: www.diasporansforpdp.com