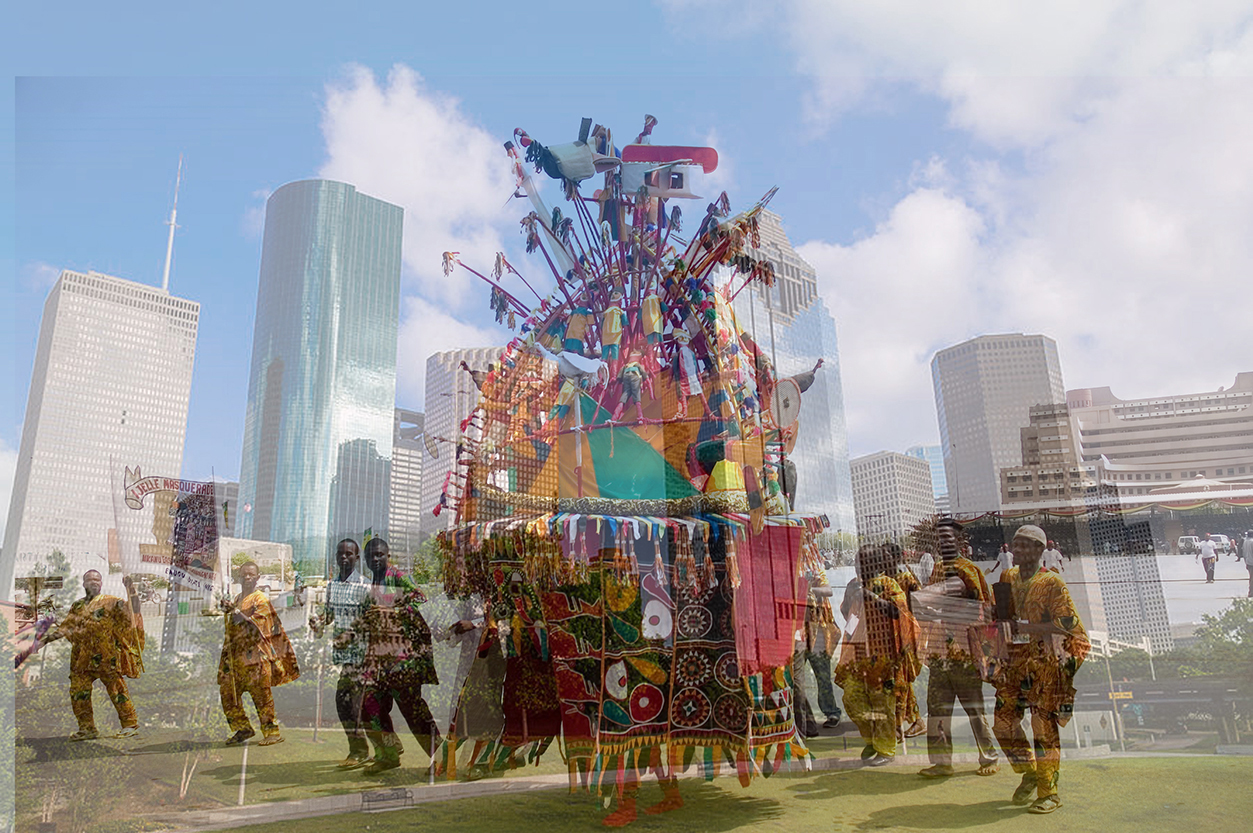 Igbos are one of Nigeria’s largest ethnic groups and the largest single ethnic groups in Africa. Moreover, the city of Houston has a prominent Igbo community with strong cultural ties to their individual origins. Ndi Ichie Youth Cultural Foundation will host the 19th Annual IgboFest Houston African Festival to reclaim the cultural capital on July 16th in Downtown Houston at Discovery Green -1500 McKinney starting at 3:00 pm until the rocking stops! “We are excited about this year’s edition and the partnership with Texas Southern University!”, states Dr. Chris Ulasi, Cultural Director for IgboFest Houston. “We expect tradition and history to be showcased throughout the program.”

IgboFest Houston has reigned for over 15 years in the city of Houston bringing in performers from across the United States and globally. Group performances will range from traditional to acrobatic and key appearances from various masquerades from Igboland.

Come out for an international experience at Discovery Green! Spectators will witness the award-winning and most recognized Igwe Cultural Entertainment group, Wow Boyz O.T. White, the electrifying debate team from the heart of Third Ward, Texas Southern University, and traditional sounds from D.J. Eclipze. Cultural dancers will bring high stepping presence with authentic-traditional wear and attendees will learn why African culture is the real deal!

Latest posts by Texas Guardian News (see all)
Related Topics:HoustonNewsTrendingTrends
Up Next 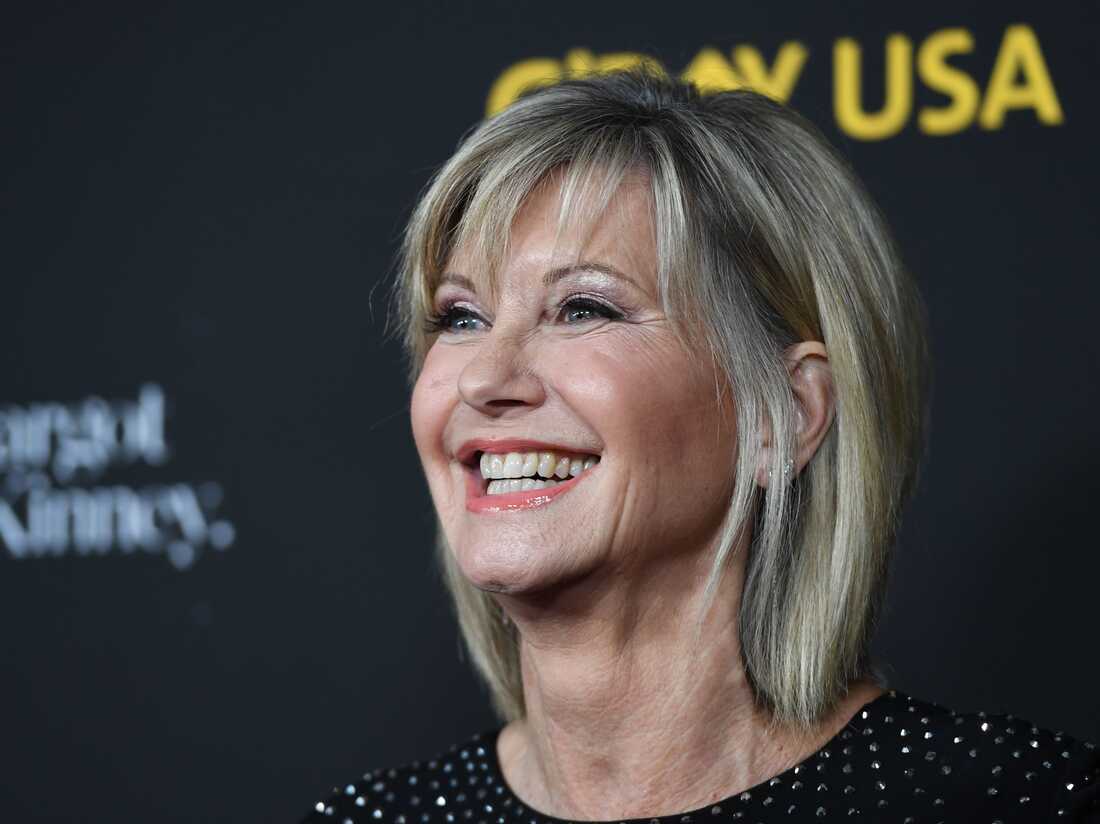 Olivia Newton-John, the Australian singer whose breathy voice and wholesome beauty made her one of the biggest pop stars of the ’70s and charmed generations of viewers in the blockbuster movie “Grease,” died on Monday, according to a statement from her husband. She was 73.

“Dame Olivia Newton-John passed away peacefully at her Ranch in Southern California this morning, surrounded by family and friends. We ask that everyone please respect the family’s privacy during this very difficult time,” her husband, John Easterling, wrote in a statement on the singer’s verified Instagram account. “Olivia has been a symbol of triumphs and hope for over 30 years sharing her journey with breast cancer.”
The singer revealed in September 2018 that she was treating cancer at the base of her spine. It was her third cancer diagnosis, following bouts with breast cancer in the early ’90s and in 2017. 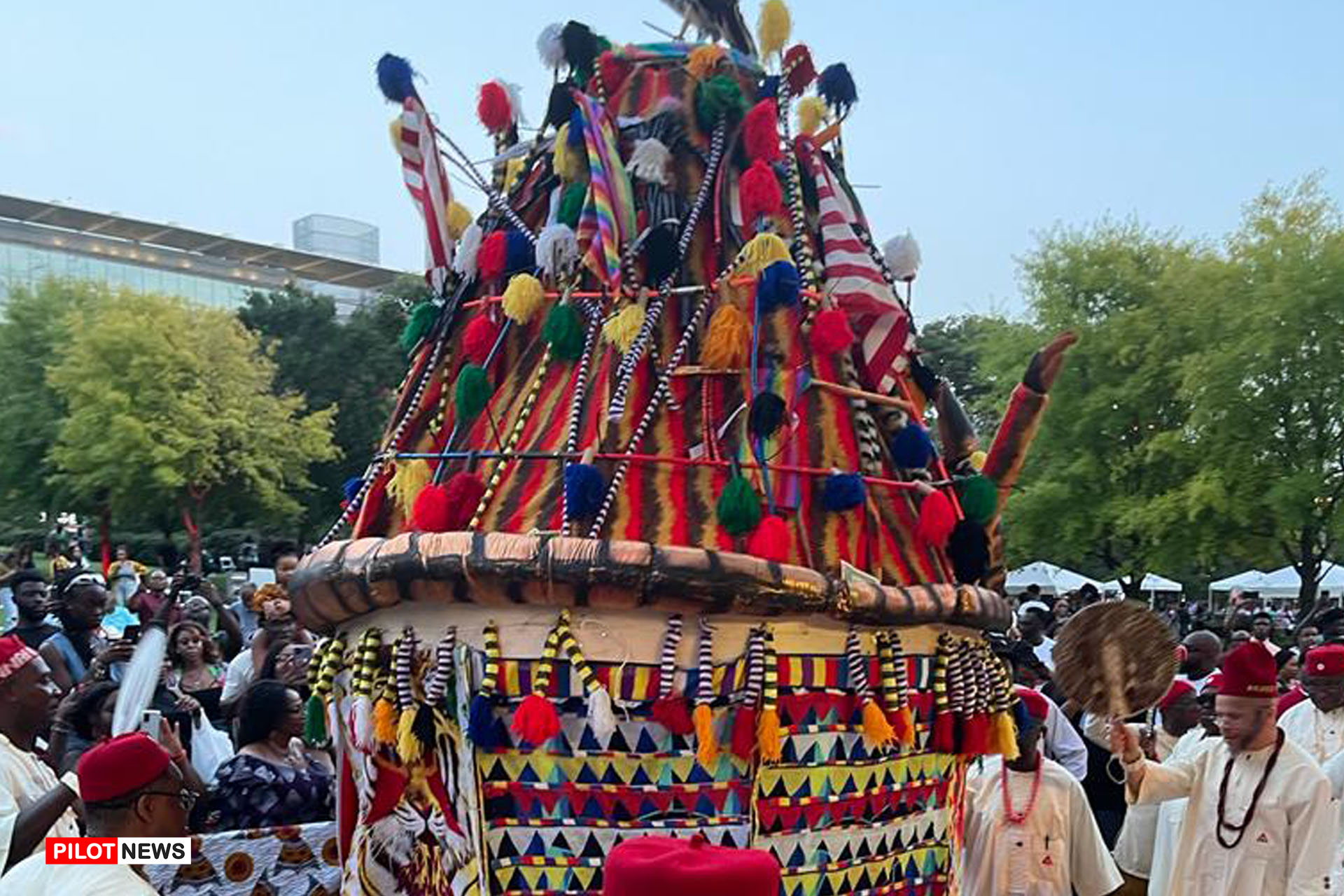 Houston was brought to life again after a 2-year pandemic break with the annual IgboFest celebration.  Ndi Ichie Youth Cultural Foundation hosted this event to reclaim the cultural capital on July 16th in Downtown Houston at Discovery Green.

IgboFest Houston has reigned for over 15 years in the city of Houston bringing in performers from across the United States and globally. Group performances will range from traditional to acrobatic and key appearances from various masquerades from Igboland. During this event,  spectators  witnessed the award-winning and most recognized Igwe Cultural Entertainment group, Wow Boyz O.T. White, the electrifying debate team from the heart of Third Ward, Texas Southern University, and traditional sounds from D.J. Eclipze. For more information of IgboFest; become a sponsor or a volunteer, please visit www.igbofesthouston.org/ 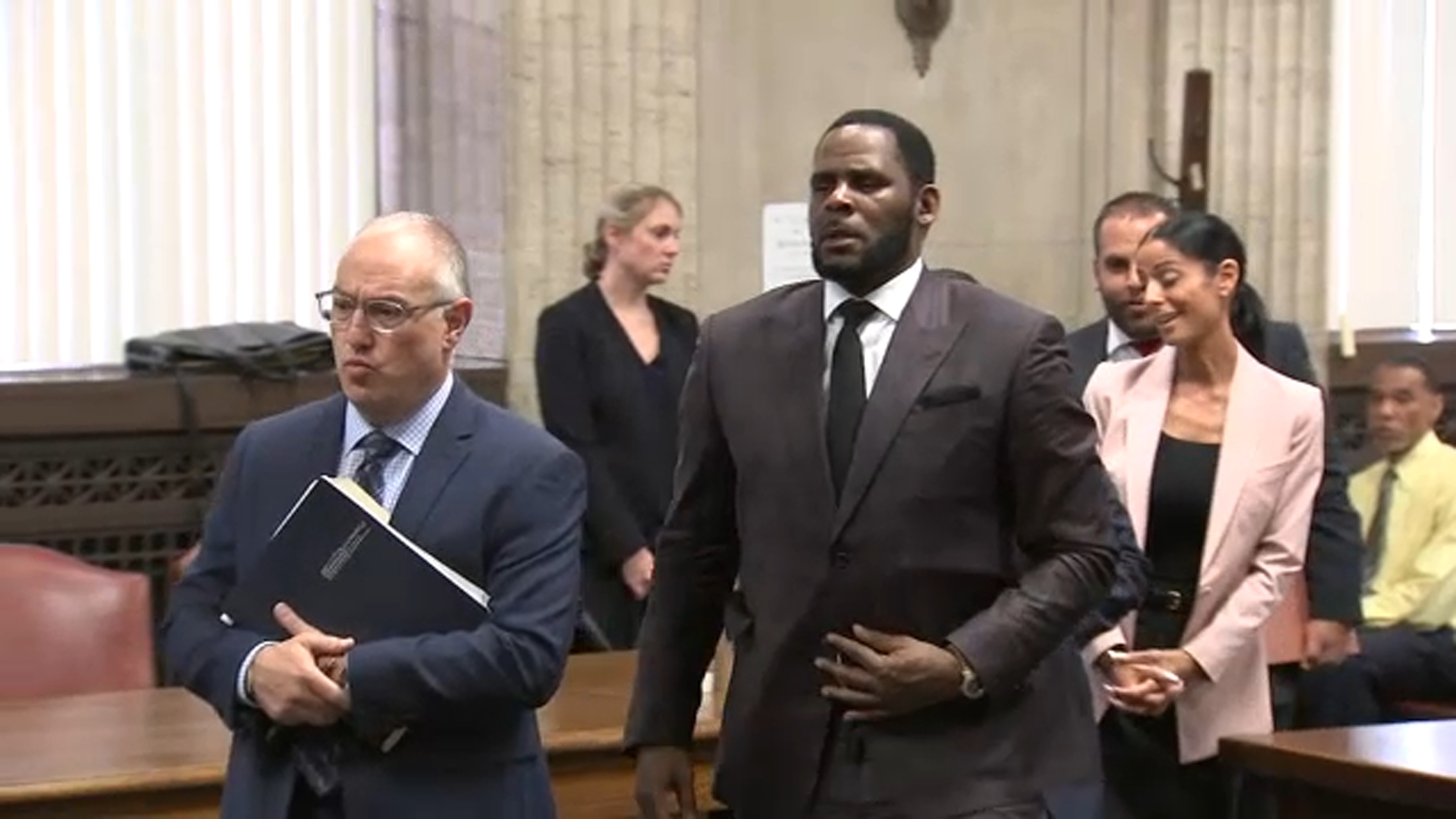 R. Kelly will go to prison for 30 years for sex trafficking, sexual exploitation of a child, kidnapping and other sex-related crimes. In September, a jury found Kelly guilty on all nine charges: one count of racketeering and eight counts of violating the Mann Act. The singer, whose full name is Robert Sylvester Kelly, was first accused of having sex with underage girls in the ’90s but escaped punishment for almost 30 years.

Judge Ann M. Donnelly handed down the sentence on Wednesday after the court heard statements from Kelly’s victims, but, surprisingly, not from the multiplatinum singer. The judge told Kelly “the public has to be protected from behaviors like this,” according to the New York Times.

“These crimes were calculated and carefully planned and regularly executed for almost 25 years,” Judge Donnelly added. “You taught them that love is enslavement and violence.”

Federal prosecutors asked for a sentence of more than 25 years for Kelly, who faced life behind bars. The singer’s lawyers were seeking the minimum of 10 years and laid out their arguments for leniency citing his “highly chaotic” childhood home where he was sexually abused.

As seven women gave victim impact statements in court, the “I Believe I Can Fly” singer rarely looked up from the table where he sat.

“With every addition of a new victim, you grew in wickedness,” one woman told Kelly, per NYT. “You used your fame and power to groom and coach underage boys and girls for your own sexual gratification.”

Kelly reportedly glanced up at her once before quickly looking down. “I pray that God reaches your soul,” she declared.

Many of the women were emotional, according to the Chicago Tribune.

During the six-week trial, a jury heard graphic testimony from 11 accusers — nine women and two men — who described sexual and psychological abuse at the hands of the “Ignition” singer. The case hinged on the accounts of six victims, five of whom testified. The sixth, singer Aaliyah, whom Kelly illegally wed when she was 15, died in a plane crash in 2001.

Kelly, with the help of his inner circle, used his fame and status to prey on children and young women for his own sexual gratification. The government pushed for a sentence “in excess” of 25 years because his crimes fell within the following four categories: enticement of children; the sexual exploitation of children through the production of child pornography; forced labor; and exposing others to incurable communicable disease (genital herpes) through unprotected sexual intercourse as Kelly didn’t disclose his status.

“He lured young girls and boys into his orbit, often through empty or conditioned promises of assistance in developing a career in the entertainment industry or simply by playing into the minors’ understandable desire to meet and spend time with a popular celebrity,” federal prosecutors wrote in their sentencing letter.

“Through his actions, [Kelly] exhibited a callous disregard for the very real effects that his crimes had on his victims and has shown no remorse for any of his conduct. Indeed, the defendant’s decades of crime appear to have been fueled by narcissism and a belief that his musical talent absolved him of any need to conform his conduct,” the government added.

Lizzette Martinez, one of the victims who spoke at the hearing, told reporters she’s “pleased with” the sentence, but added: “I personally don’t think it’s enough.”

Martinez said she was an “up and coming singer, a girl full of life” before she met Kelly and became “a sex slave.”

After court, Bonjean spoke to the press and maintained her client is “not a predator.”

“He was prepared for it,” she said of Kelly’s reaction to the sentencing. “He has regrets and he is sad… He disagrees with the characterizations that have been made about him.”

Among those who wrote letters of support for Kelly was Joycelyn Savage, who says she’s Kelly’s fiancée. Savage’s parents have spoken out that they believe she’s still brainwashed, even with the singer behind bars.

“Robert and I are deeply in love and it breaks my heart that the government has created a narrative that I’m a victim,” she wrote in the letter, adding Kelly is “a great man, with a great heart and deserves to be home with his loved ones who are ready to support him.”

Federal prosecutors are pleased with the sentence.

“R. Kelly used his fame, fortune and enablers to prey on the young, the vulnerable and the voiceless for his own sexual gratification, while many turned a blind eye,” U.S. Attorney Breon Peace said in a statement. “Through his actions, Kelly exhibited a callous disregard for the devastation his crimes had on his victims and has shown no remorse for his conduct. With today’s sentence he has finally and appropriately been held accountable for his decades of abuse, exploitation and degradation of teenagers and other vulnerable young people. We hope that today’s sentence brings some measure of comfort and closure to the victims, including those who bravely testified at trial, and serves as long-overdue recognition that their voices deserve to be heard and their lives matter.”

Kelly has been behind bars since July 2019. He’ll likely be transferred to Chicago later this summer where he faces federal child pornography and obstruction charges. The singer faces additional charges in the state courts of Illinois plus Minnesota for sexual misconduct.