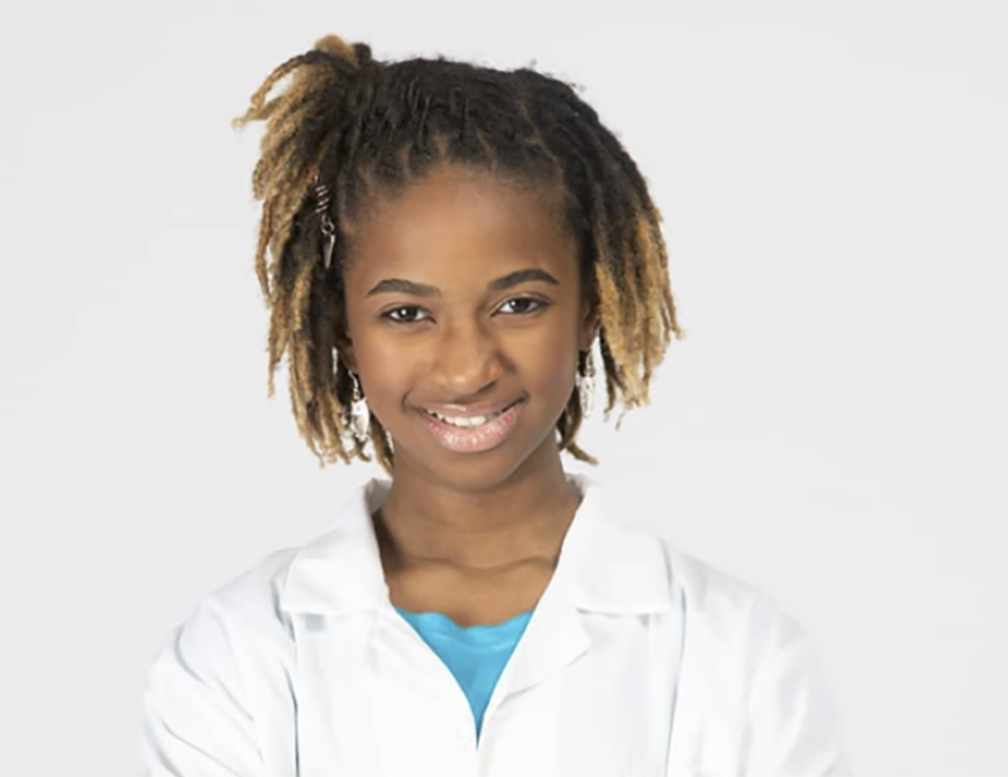 At 13 years old, Alena Analeigh Wicker has accomplished more academically than many adults. According to 12 News, the child prodigy is currently enrolled in undergraduate programs at both Arizona State University and Oakwood University, an HBCU in Huntsville, Ala. However, the young scholar revealed she has been accepted into medical school.

“Today I’m just grateful. I graduated High school LAST YEAR at 12 years old and here I am one year later I’ve been accepted into Med School at 13,” she wrote on Instagram, sharing a screenshot of her official acceptance letter.

Her caption continued, “I’m a junior in college. Statistics would have said I never would have made it. A little black girl adopted from Fontana California. I’ve worked so hard to reach my goals and live my dreams.Mama I made it. I couldn’t have done it without you. You gave me every opportunity possible to be successful.”

The news outlet reported Wicker has shifted her career goals from engineering—with dreams of working for NASA—to medicine after being inspired during a trip abroad in Jordan.

“It actually took one class in engineering, for me to say this is kind of not where I wanted to go,” she explained to the outlet. “I think viral immunology really came from my passion for volunteering and going out there engaging with the world.”

“What I want from healthcare is to really show these underrepresented communities that we can help that we can find cures for these viruses.”

Wicker continued, “What I want from healthcare is to really show these underrepresented communities that we can help that we can find cures for these viruses.”

As she continues her academic feats, Alena Analeigh Wicker is set to attend the University of Alabama at Birmingham Heersink School of Medicine and is on track to be finished by the age of 18 years old. She is inspired by her foundation, The Brown Stem Girl, which she created to provide an outlet for girls of color in stem through engagement, empowerment, and education.

“I’ve always thought, Why can’t girls of color do STEM and pursue jobs in STEM like others? I’ve always believed that girls of color can do anything in STEM that they put their minds to, so I created the Brown STEM Girl to give STEM opportunities to girls of color,” she told EBONY when recognized as one of the outlets 2022 HBCU STEM Queens.

Latest posts by Texas Guardian News (see all)
Related Topics:NewsTrendingTrends
Up Next

How thousands of freed Black Americans were relocated to West Africa 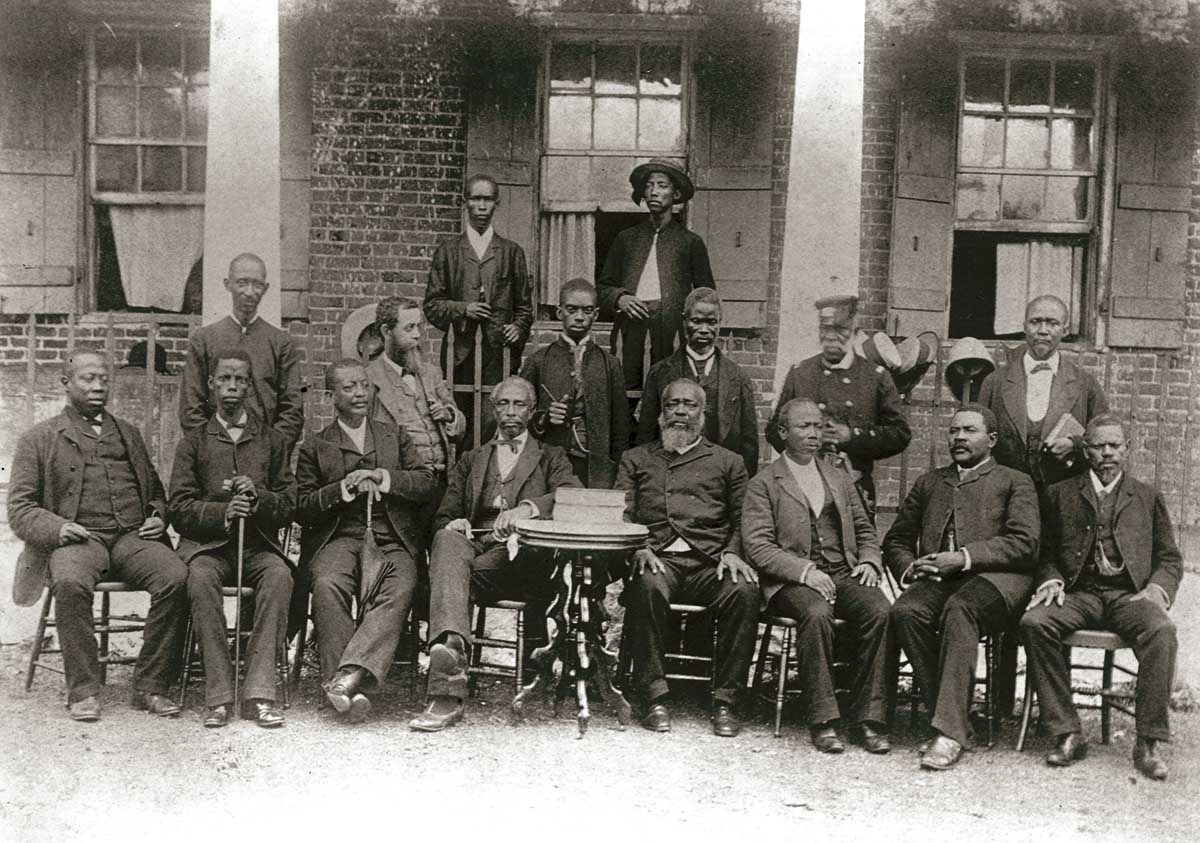 In the 1800s, the American Colonization Society relocated thousands of freed Black Americans to West Africa. It led to the creation of Liberia.

On December 21, 1816, a group of fifty white elites gathered in a Washington, D.C. hotel to discuss the future of freed Black Americans.

Following the American Revolution, the number of freed Black Americans had grown from 60,000 in 1790 to 300,000 by 1830. The American Colonization Society emerged as the solution, with the mission of shipping Black people to a colony in Africa. 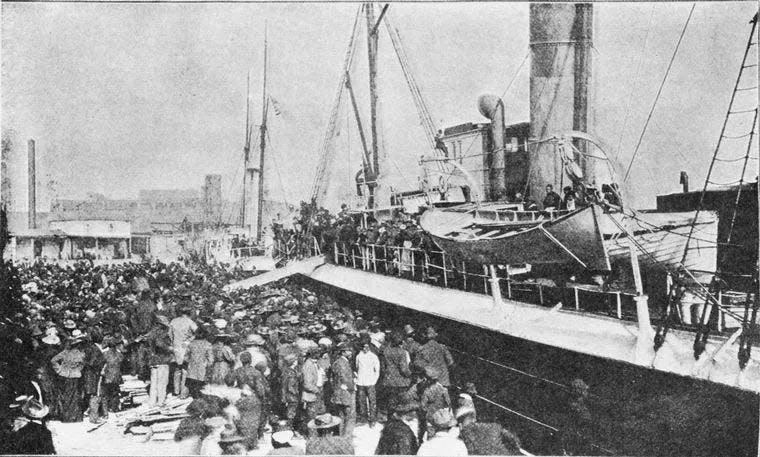 The organization was the brainchild of the Reverend Robert Finley, a Presbyterian minister from New Jersey. The ACS’ early supporters included some of the nation’s most powerful and influential men, including Henry Clay, Daniel Webster, and Francis Scott Key, as well as slave-owning US presidents Thomas Jefferson, James Monroe, and James Madison.

“Can there be a nobler cause than that which, while it proposes to rid our country of a useless and pernicious, if not a dangerous portion of our population, contemplates the spreading of the arts of civilized life?” Clay said in his opening address.

Colonization, the state-sponsored emigration and resettlement of freed Black Americans outside America, was widely supported in the US for religious, economic, and social reasons. Even after its dissolution in 1964, the ACS has left a lasting legacy of segregationist sentiment in both America and abroad, according to historians.

“The establishment of the American Colonization Society was a watershed moment in American history,” Eric Burin, a history professor at the University of North Dakota, said. “What you have is a powerful white organization propounding a vision of America as a white person’s country, and African Americans responding with a resounding rebuttal that it’s their country, too.”

The ACS attracted a diverse crowd of white individuals, including slaveholders who saw colonization as a way to remove freed Blacks, whom they feared would cause chaos by helping their slaves escape or rebel.

Many white Americans also believed that African Americans were inferior, and should be relocated to a place where they could live in peace away from the shackles of slavery. Abraham Lincoln held this belief, which led him to support a plan to relocate 5,000 Black Americans to the Caribbean in the 1860s.

The ACS also had a religious mission of Christianizing Africa to “civilize” the continent, according to historian Marc Leepson.

The initial reactions of the Black American community and abolitionists were nuanced. Some activists, like James Fortein, immediately rejected the ACS, writing in 1817 that “we have no wish to separate from our present homes for any purpose whatever”.

But some other Black abolitionists were cautiously interested in the notion of an emigration program. Martin Delany, who was dismissed from Harvard Medical School after white students petitioned against the inclusion of Black students, claimed that even abolitionists would never accept Black Americans as equals, and so the solution lay in the emigration of all Black Americans.

“We are a nation within a nation,” Delany wrote. “We must go from among our oppressors.”

But even Delany ultimately condemned the ACS’s hallmark plan to send Black Americans to Liberia, decrying it as a “miserable mockery” of an independent republic.

It led to the creation of Liberia

As the ACS grew, it sought to create a colony in West Africa. On February 6, 1820, 86 freed Black Americans set sail to the continent.

The initial expedition — and the expeditions that followed — proved to be disastrous as disease and famine struck. Of the more than 4,500 emigrants who arrived in Liberia between 1820 and 1843, only 40% were alive by 1843.

But the ACS, backed by funding from state and federal governments, continued to send more freed Blacks. In 1821, the society purchased Cape Mesurado from the indigenous people — by threatening the use of force, according to some accounts.

The land surrounding Cape Montserrado would later be known as Liberia, “the free land.” Its capital was renamed Monrovia in honor of James Monroe, an ardent supporter of the ACS.

The settlers developed an Americo-Liberian society that was strongly influenced by their roots in the American South, according to Burin. Americo-Liberians wielded vast socioeconomic and political power over the indigenous people — which planted the seeds for the Liberian Civil War of 1989.

A lasting legacy of segregationist sentiment

Though the ACS eventually dissolved in 1964 after continuous opposition from abolitionists and a lack of interest by free Black Americans, historians said it shaped — and continues to shape — the country’s discussions of race.

“One of the ACS’ lasting legacies was the underlying ideology that drove the colonization movement forward: that Black people really aren’t Americans, at least not in the way that white people are,” Burin said.

The sentiment manifested itself in policies like Jim Crow-era segregation, and still has a grip on some Americans to this day.

The second legacy of the ACS is Liberia itself. In 1847, Liberians declared the country an independent nation, becoming the second Black republic in the Atlantic after Haiti.

“The ACS founded a country that has had a distinctive influence over debates of freedom, slavery, and race today,” Burin said.

♦ Culled from the Insider 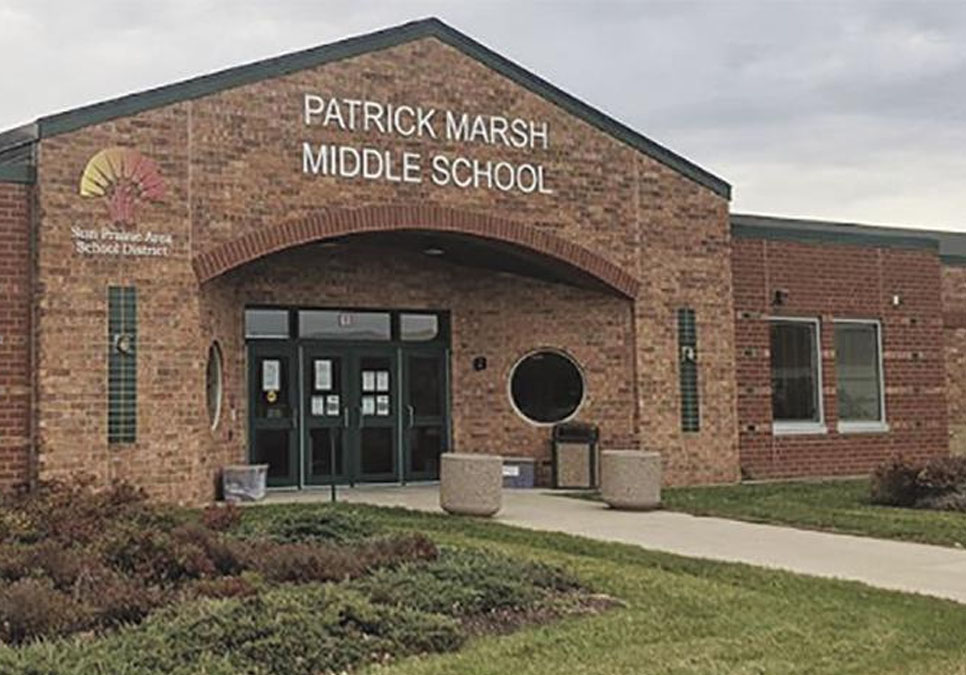 A federal judge has ruled in favor of the Sun Prairie School District regarding a lawsuit filed by two Black parents. Their children’s middle school, located in Wisconsin, handed out an assignment that asked students how they would punish a slave in ancient Mesopotamia and they believed it was harmful and inappropriate.

Dazrrea Ervins and Priscilla Jones also said the Black History Month assignment in February 2021 violated their civil rights and their children’s (George Brockman and Zavion Ervins). After an internal investigation, it was discovered that three teachers devised the assignment themselves as the question was not included in the school district’s curriculum on ancient Mesopotamia.

The question appeared on a sixth-grade homework question at Patrick Marsh Middle School and was given to students on the first day of Black History Month.

“A slave stands before you. This slave has disrespected his master by telling him, ‘You are not my master!’ How will you punish this slave?’” the question read. The assignment said the answer was: “According to Hammurabi’s Code: put to death.” It quickly led to led to online outrage.

The teachers were placed on administrative leave and ultimately resigned. In addition, the lawsuit also accused the school district of discriminating against Brockman for his learning disability as well as failing to protect him from racist bullying.

U.S. District Judge James Peterson, who has jurisdiction over Wisconsin’s Western District, stated the parents failed to prove that any civil rights were violated by the assignment.

Peterson also said that the parents didn’t prove that racism or the district’s lack of action had any impact on Brockman’s education.

“A reasonable jury certainly could find that its content and timing were offensive, insensitive and justifiably upset students and their families,” Peterson stated. “But a hostile environment claim requires much more than a single upsetting episode.”

Though a decision has been made in federal court, complaints that the district violated state law will be reviewed by Dane County Circuit Court.

International Leadership Scholarships at University of Glasgow in the UK, 2022 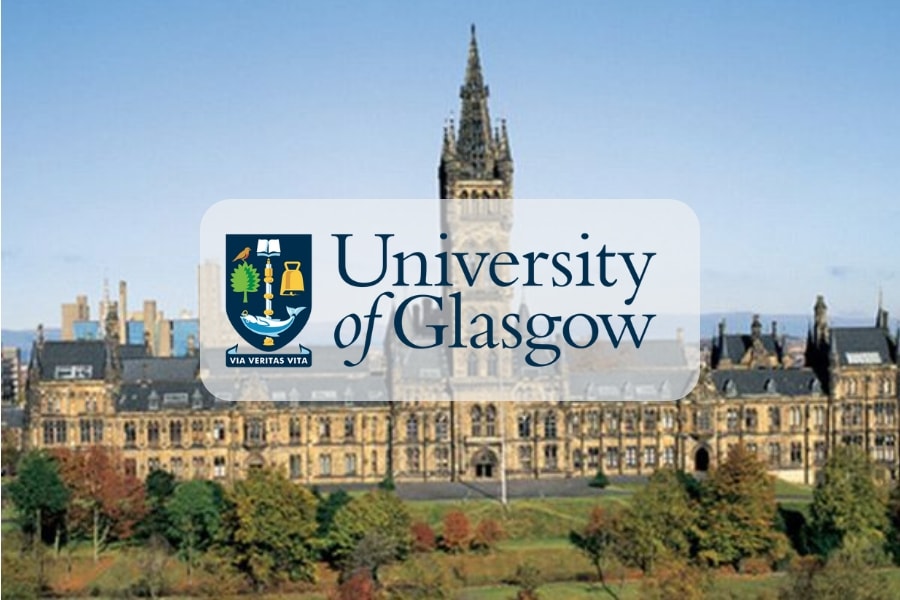 The University of Glasgow is offering the International Leadership Scholarships programme with the motive of funding student’s higher education in the United Kingdom.

The educational bursary is available for high achieving international participants in order to take a postgraduate degree program at the University of Glasgow.

The University of Glasgow is the fourth-oldest university in the English-speaking world and is also recognized as one of Scotland’s four ancient universities. It was founded in 1451 in Glasgow, Scotland.

Why study at the University of Glasgow? At Glasgow, the participants have the opportunity to conduct their studies within the guidance of experienced teachers and researchers. They will also have a variety of bachelor’s and master’s degree courses.

Application Deadline: The scholarship applications are now open for entry in 2022.

Scholars will receive an amount of £10,000 as a tuition fee discount to complete their studies at the University of Glasgow in the UK.