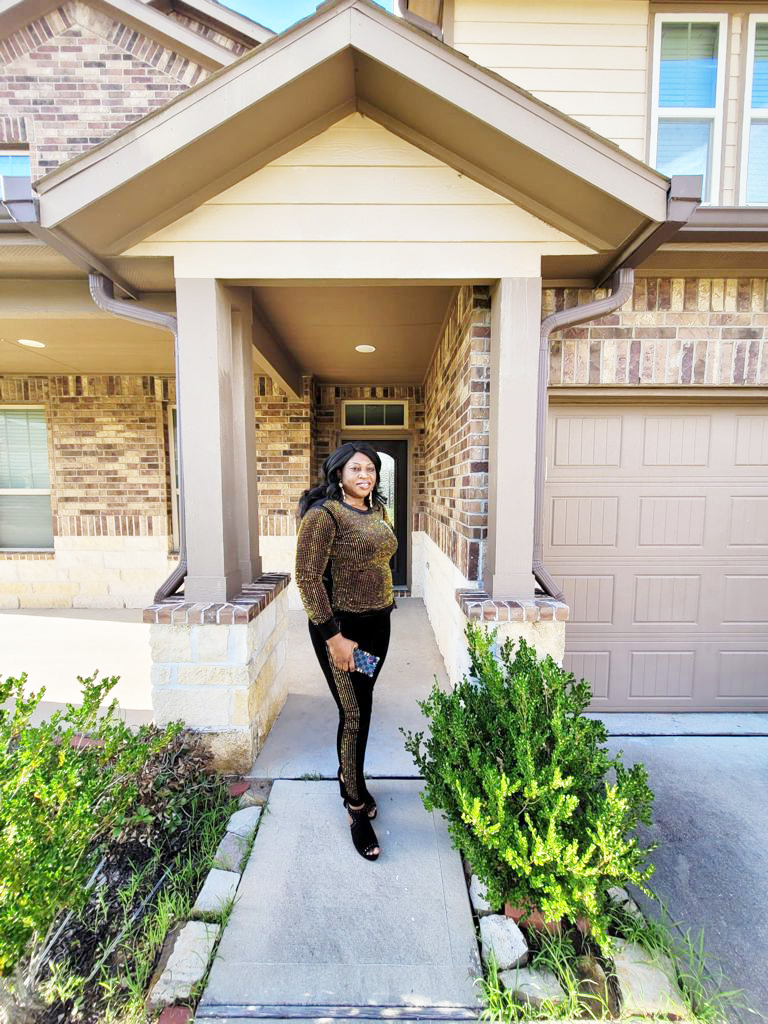 International Guardian covered the community birthday celebration of the First Lady of Voice of Evangelism International (VOEI) Houston, TX., Dr Chizoba Agwu. Coordinated by  her husband, Archbishop (Dr) Emeka Agwu, the General Overseer of VOEI, the celebration also witnessed a general church service on her behalf.  Archbishop Agwu thanked God for his abundant mercies and love toward the family. “We also thank all all those, especially our brethren at the VOEI,  who rejoiced with the Woman of God as she celebrated her life,” she said.

The Voice of Evangelism International Ministry was established in 2006 as a nondenominational worship center. For more information about the ministry or the event, please call 281-891-5142 or 832-890-7956. To email directly, please click the link >>>

Latest posts by Texas Guardian News (see all)
Related Topics:HoustonNigeriaTrends
Up Next 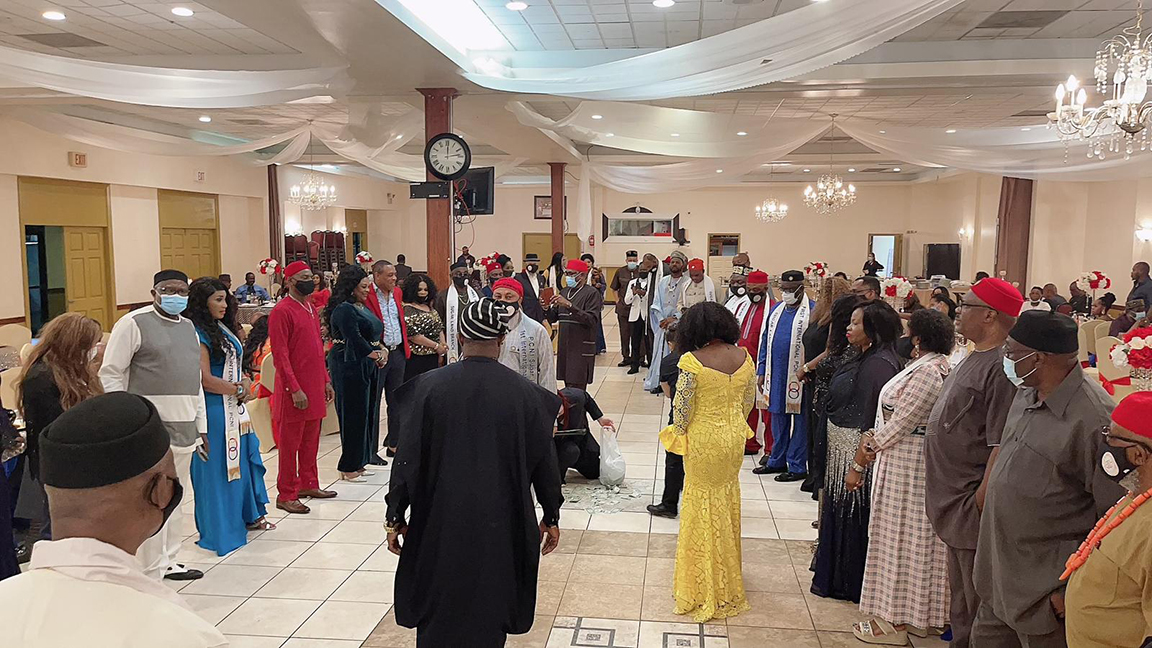 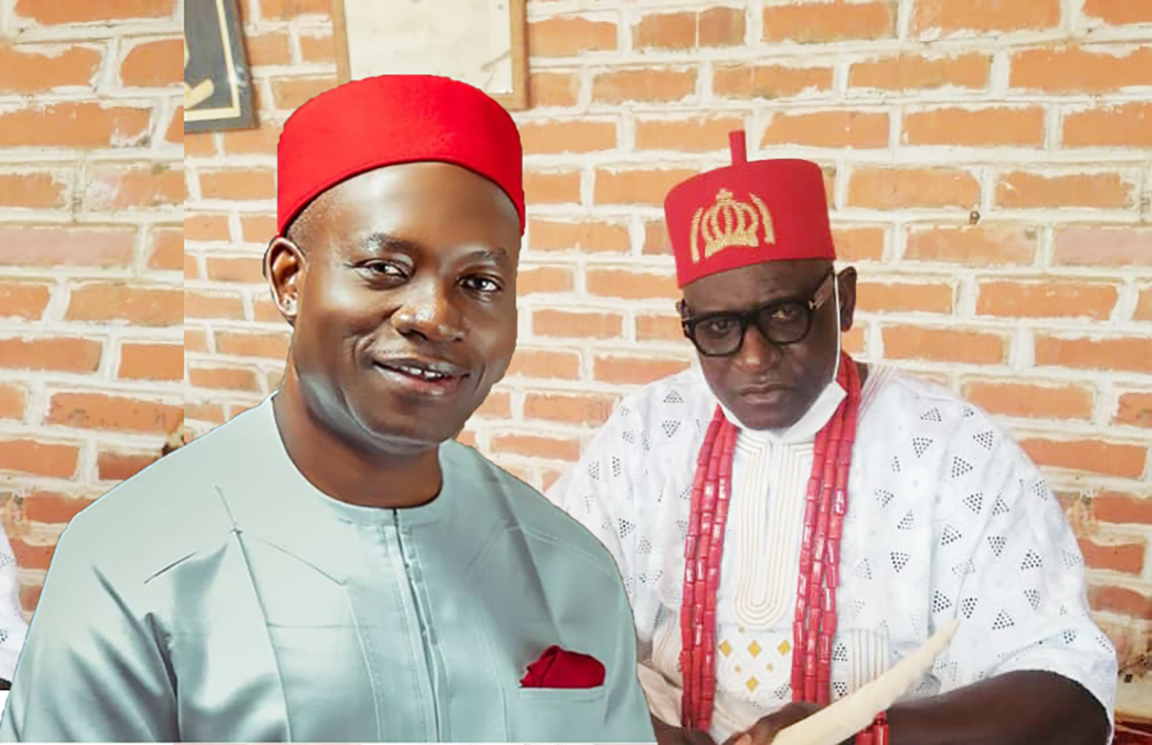 His Majesty, Igwe Ositadinma Sunny Nwokedi, Eze Oranyelu, Uthoko VI of Achalla, Anambra State, has congratulated the Former Governor of the Central Bank of Nigeria, and candidate of the All Progressives Grand Alliance, APGA, Charles Chukwuma Soludo, for his landslide victory of the Anambra governorship election.

The Independent National Electoral Commission (INEC) declared Chukwuma Soludo the winner of the November 6 governorship election after he polled a total of112,229 votes to defeat his closest rival, Valentine Ozigbo of the Peoples Democratic Party (PDP) who scored 53, 807 to emerge second. Andy Uba of the All Progressives Congress (APC) candidate got a total of 43,285 votes to emerge the third position. Ifeanyi Ubah of the Young Progressive Party (YPP) came fourth with 21,261 votes. The Returning Officer for the 2021 Anambra governorship election, Florence Obi, announced this in the early hours of Wednesday at INEC headquarters, Awka.

In a press statement issued from the Palace, Igwe Ositadinma Sunny Nwokedi wished the governor-elect a productive future and urged community leaders and entire Anambra state indigenes to work with him to consolidate the wonderful work of the out-going governor, Chief Willie Obiano.

“On behalf of The Uthoko Na Eze Royal Family of Achalla, the Igwe-in Council, the Ancient Society of Ndi Alor, and the entire Achalla Community, I congratulate you on your electoral victory and pray for the success of your aspiration for the goodness of Anambra State and Ndi Igbo” the release read in part.

Igwe Ositadinma Sunny Nwokedi also commended the INEC, the security sector, and the government for conducting what he described as “an exemplary electoral exercise executed at a time of security uncertainty.” 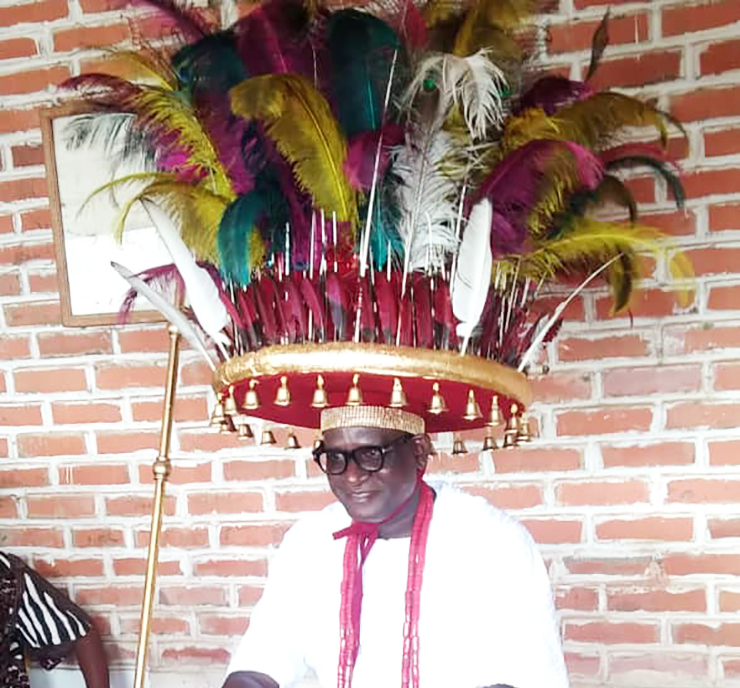 “I also promise not only to be your servant leader but also to be a true custodian of the traditional honors of the great kingdom of Achalla,” —Eze Oranyelu Sunny Nwokedi

The coronation attended by dignitaries around the globe featured a 3-day program-packed traditional rites, held on Friday, October 28; Iwaji (New Yam) with his 1st Ofala Ceremony;  and Thanksgiving Ceremony held on October 30 and 31 respectively.

In the past few months, threads of traditional rites and events leading to this throne have been observed and completed, paving way for the just-concluded official coronation of his kingship. In the process, Eze Oranyelu Sunny Nwokedi received a Certificate of Kingship from the Executive Governor of Anambra State, Chief Willie Obiano.

Eze Oranyelu Sunny Nwokedi, a distinguished businessman, nominated by the Uthoko Na Eze Royal family and backed up by the Igwe-in Council, the ancient society of Ndi Alor, and the entire Achalla community picked up the ancestral mace to resume the legacy of the traditional monarchy. According to the new king, “It’s an ancestral call – an inevitable responsibility and I will remain faithful to that trust.”

“On behalf of the Uthoko Dynasty, I sincerely thank all our guests for attending this event. Now, I can proudly hold up my chieftaincy scepter with utmost confidence, veneration, and loyalty to the throne. I also promise not only to be your servant-leader but also a true custodian of the traditional honors of the great kingdom of Achalla,” Eze Oranyelu Sunny Nwokedi said.

His Royal Highness continued, “Also, let me tell you that it is not just my sole effort that has brought me here. I would like to give special thanks to my family members – the Uthoko Dynasty,  who have been my mentors, supporters, and inspirators throughout this process. Everyone needs such mentors in life, and I am lucky to have found mine.”

The coronation featured the outing of the occasional Oganachi Masquerade; the “Iwapu Oji” ceremony; the “Ada masquerade” procession; and finally, a Thanksgiving Mass was held to close out the coronation process.

By his current traditional designation, Eze Oranyelu Sunny Nwokedi has now joined a lineup of other recognized distinguished traditional rulers in Anambra State in presiding his official duties. He would parade a matrix of aristocracy and transformational models.  He said, “This is a traditional setting – in other words, it is my duty to govern according to the tradition of the land. At the same time, my personality reflects compassion, friendliness, respect for elder statesmanship, and love for the people.” He continued, “I listen a lot more than I speak. This makes me a good learner and allows me to respect or articulate peoples’ perspective. I try not to dispute their opinion even when it’s the opposite of who I am. These are some of my transformational traits and truly, these have been my driving force all through my endeavors as a community advocate.”